That’s why you’re meant to read the readings

Technially I believe the user is referring to the くて which in this instance means and? Connecting two adjectives together. I don’t think Bunpro teaches that but could be wrong.

I’m also pretty sure that Bunpro doesn’t have an entry for conjugating anything but positive verbs into the て form. You come across them in other grammar points eventually, sure, but it’s definitely something that should be clearly laid out in N5 from an early stage.

They could potential put it under this:

This is how the Grammar Dictionary (Intermediate) placed it (p148). Sub-categories may help here which mixes various grammar points under one heading, such as compound sentence forms.

Even outside that, it might be worth mentioning what the て form is used for on BP itself, and not rely on users checking out the readings. (Mentioning all uses might be overkill, but at least mention what て form does when it is all by itself.)

Personally, I think it would be a good idea to add a lesson on conjugating adjectives (i and na) and how you can use them.

They could potential put it under this:

Well, that’s one heck of a coincidence. I was kind of following this about the て form. While
the “and” meaning may be very easy to understand from context, a simple point about it with very basic examples would be a good addition.

I said coincidence because I wanted to suggest a point about the “stem form”. And it seems it’s also called “masu form” or 連用形 (which is the name of the point linked here by s1212z ). **

I’ve done pretty much only N5 points but I’ve found it several times already (enough to understand and look up how to get a verb’s stem form). But since one of BunPro’s advantages is the fact that you don’t have too look up stuff to save time, a point about it would be useful.

Just in case it’s not clear, the point linked has that name, but the meaning is slightly different from the one in the Tofugu article. The BunPro point shows the grammatical function but not the “stem form” conjugation of the verb which is what I needed.

The stem form is a type of Japanese verb form also known as V-stem form, and 〜ます form—this last name comes from the fact that it can be followed by the politeness marker ます.

Here are a few more grammar points that I’ve seen a few times in the wild. I think all of them are relatively common to consider adding to BP.

限り used as unless… unless unless has the same meaning as “as long as”.

Found in Integrated Approach page 210: verb(plain)気になる “to feel like v-ing”

One I just noticed seemed to be pretty simple, but was missing

Quite simple grammar points, but one’s I haven’t really covered in detail and went to see if I could do lessons, only to find them missing!

I think they could add in the definition so it shows up in searches (otherwise ‘as long as’ sounds replaceable to me).

I can confirm this! I never learned the negative te-form except through the other grammar points on Bunpro that required it. I was absolutely baffled by it for a while before realizing that there did indeed exist a negative te-form. Which I guess is one way to learn it…

Are there other resources on the negative te-form? Alternatively, I think adding it as an N5 grammar point could be really useful for some of the grammar forms later on (though it isn’t terribly difficult)

If it’s not already covered by 文プロ, then maybe the negative て-form should be split into two grammar points: なくて and ないで? I sometimes catch myself tripping over which I should use (or at least, having to pause to think about it).

More specifically, I think it was ～なくてよかった or ～ないでよかった that I last wondered about. After some brief searching, it seems that they’re both valid, but there are other scenarios where the two aren’t interchangeable: https://www.alc.co.jp/jpn/article/faq/03/2.html

なくて is just basic い-adjective て-form, bunpro doesn’t seem to have a lot of items for these fundamentals in general

Right, ～ないで is exclusively for verbs (i.e. incompatible with い-adjectives) as far as I’m aware, but negative verbs can function adjectivally (like when they’re in front of a noun to form a relative clause). So… there’s some overlap in the applicability of ～なくて and ～ないで, but it’s not a complete overlap.

I’ve been doing N2 practice problems recently. I have encountered ばかりか several times and I think it is not on Bunpro yet. It would be nice if you could consider adding ばかりか to the Bunpro N2 collection as it is often tested along with どころか.

I thought that grammar was on Bunpro already? I’m sure it’s there under N3?

There are other points with ばかり, but none with か. As far as I can tell with a quick look, ばかりか ～＝ ばかりでなく, but it’d be nice to learn of any differences in meaning or usage.

There are other points with ばかり, but none with か. As far as I can tell with a quick look, ばかりか ～＝ ばかりでなく, but it’d be nice to learn of any differences in meaning or usage.

A quick search yielded this on JLPT sensei. Gonna add the note to my ばかりでなく entry now, thx! 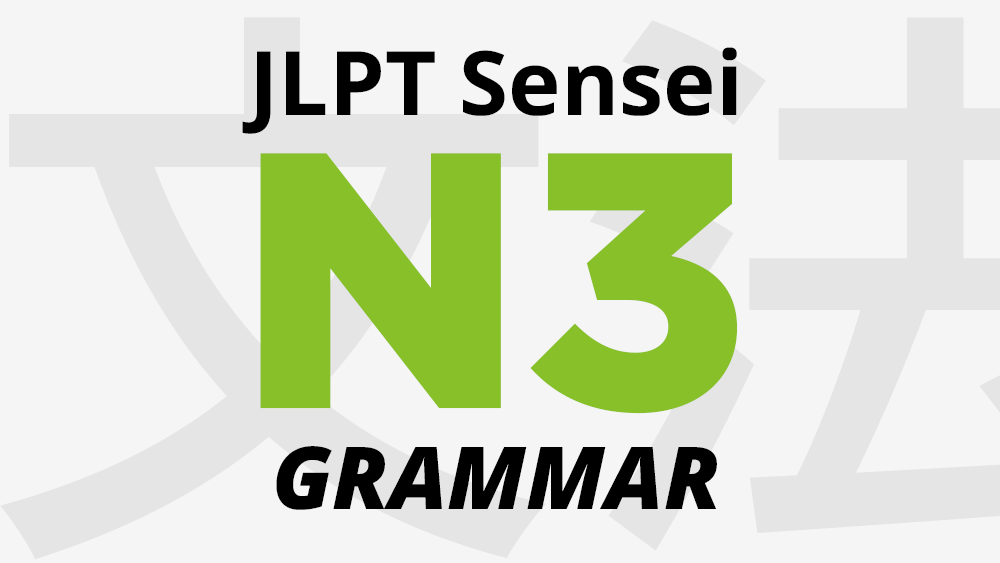 Learn Japanese grammar: (bakari ka / bakarika). Meaning: not only.. but also; as well as. Grammar Notes This grammar can be interchanged with They have...