Have you ever wondered why the topic particle は being pronounced as わ? Then this short text is for you!

In the early history of Japanese, the modern HA row consonants (HA, HI, FU, HE, HO) were pronounced with P as PA, PI, PU, PE, PO.

So mother was pronounced as PAPA .

Proto-Indo-European *pṓds (foot) changed to *fōt- in proto germanic languages and eventually to foot (in English), Fuß in German and Fod in Danish.

For example, mother (母（modern HAHA）was pronounced now as FAFA).We can still see remnants of this in the pronunciation of ふ (FU).In the Heian period (794 to 1185) another shift happened, the F sound changed to W, but ONLY when it followed a vowel, so it wasn’t used at the beginning of the word.

Eventually, in the Edo period (1603 and 1867, Edo is the original name of Tokyo) when people from various areas of Japan started coming to the Edo resulting in various dialects intermixing, and the F sounds started to be pronounced as H, resulting in modern pronunciation. Of course, ふ was the exception. So 母（FAWA）shifted to modern HAHA.However, the orthography did not change and even though words were pronounced in a new way, the old kanas that represented old pronunciation were used which resulted in a linguistic wild west, luckily, most often this was the case for words written with kanji.

(By the way, another interesting sound change in the Edo period was the change of Ri to I in some words, like ござります→ございます。)

And eventually, soon after World War 2, the Japanese reformed writing (one of the propositions were complete abolition of kanji, by the way), so that it would reflect the actual pronunciations so 川(かは) now was written as 川（かわ）. However, the particles were excepted because many felt that changing these exceedingly common spellings would confuse readers.The same reform retained the historical writing of particles へ and を, and also 当用漢字表（とうようかんじひょう) touyou kanji list (lit. “List of kanji for general use”) were made (the precursor of modern 2136 常用漢字 (jouyoukanji).

To sum up, は is pronounced as わ because the transcript reflects obsolete now pronunciation that was not changed during the language reform.

PSThe わ used at the end of the sentence (the one used for exclamation) comes from the topic particle は, yet it is written as わ in modern Japanese 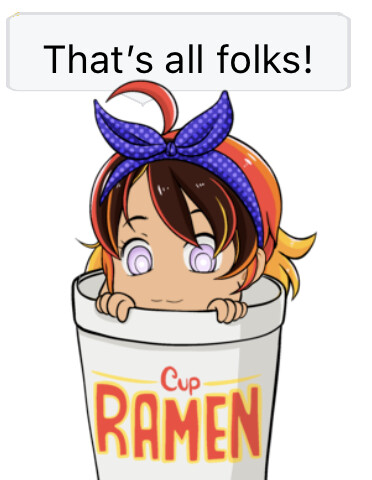 Fascinating, thanks for the write-up.

By the way, another interesting sound change in the Edo period was the change of Ri to I in some words, like ござります→ございます。

After hearing でござる so many times in samurai flicks I had a hunch that it came from で＋ご＋ある, but never made the jump in reasoning from ござる→ござります→ございます! Totally makes sense now~

If you’re in the mood for more of these I would be very interested to know the evolution of わけ and いられない constructions.

Okay so, question. Do they ever pronounce は as pa when they’re making “old” timey things. Simular to how in english they write “Ye olde shoppe”? Just curios

So that’s how there’s the whole Nihon/Nippon thing going on… I kept forgetting to look into this. Thank you!

The “ye” used for the definite article (i.e., “the”) is actually a typographical change of þ and is or rather was not meant to be pronounced the way a modern y is pronounced, although it is now done so to the extent that it is normal. “þe” is or was pronounced similarly to “the”.

(Some brief English for you all lol)

I don’t think so, you have some remnants of those voice changes, but this is a stuff that happened over 1000 years ago.

I think I’ve only heard は as ぱ when people were literally trying to explain what the language sounded like. Like in Youtube videos that show how some old text would have been read at the time.

But “ye olde shoppe” is much more modern. It only appeared less than 200 years ago. I think an analog would be e.g. this 居酒屋 using the spelling ゐざかや.