Found this little tidbit of goodness when studying passive verbs. Can anyone elaborate further on the meaning… I understand that it’s another way of thinking about passive verbs but for some reason the term just isn’t clicking for me.

Traditionally, many textbooks use the term ‘passive’, simply because there is no equivalent verb type in English (passive is the closest). However, we would like to introduce the term ‘displacement verb’. This just means that the subject of the sentence is being described in a similar way to what happens in keigo (polite speech).

Yeah agreed, this topic is a bit of a rabbit hole though, be warned.

Here’s one of many possible resources: 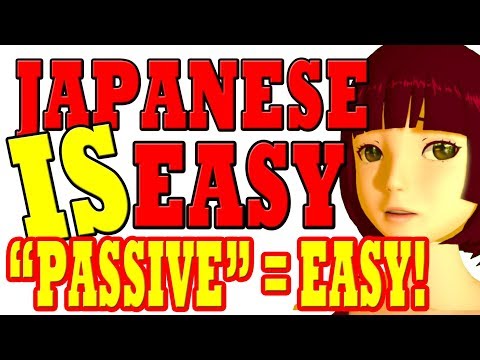 Hi @SteveDoesJapanese , first off sorry for the confusion! This topic is something that we wanted to, and still will, cover in a higher level. As passive verbs don’t fully explain how these verbs work in Japanese, we chose to give them a term that we could reuse for each of れる and られる’s 4 different uses.

A lot of people seem to also like ‘receptive verbs’, as that covers the meaning of 受け身 ‘receiving an action’ really well.

The reason we chose ‘displacement’, is because it is a bit more of a broader term that fits with all 4 categories of れる and られる. Those categories are:

This becomes ‘displacement’ because they all shift the focus from the one thing to another. Basically like the following:

Realistically we could have also called them ‘focus shifting verbs’ or something similar, but displacement was the term we ended up going with. This is a super brief explanation of how られ and られる are ‘linked’ in all of their meanings, and we still plan to go into more detail about this in the future. It’s one of those topics that becomes much easier to understand with a picture

In any case, I hope this wasn’t totally useless information!

Hey @Sidgr and @Asher, sorry for the late reply. Sometimes you spend the weekend shopping at your local Mitsuwa and then you get crushed by your Japanese studies (i.e. this weekend).

Although I don’t agree with CureDolly’s take on Japanese not having conjugates, her Receptor-Helper verb video is very useful in explaining passives for what they are.

@Asher I’m still having trouble fully grasping the displacement aspect of the for れるs – particularly 可能系. My understanding is that is that 可能系 deals with the potential of the verb. In that interaction where would the shifting take place?

Although I don’t agree with CureDolly’s take on Japanese not having conjugates, her Receptor-Helper verb video is very useful in explaining passives for what they are.

Yeah I think the spirit of the argument is that it’s better to take Japanese on its own terms than apply English(cf. Latin) Grammar to it. The concept of conjugation does not generally correspond as nicely as we want it to.

In this specific case it is mostly saying the meaning that passive verbs and the passive voice in English have are genuinely dissimilar to Japanese. Asher’s point expands on this further in my reading, and while the terminology is messy (Not his fault language is hard) you can see that really only in the 尊敬 focus is it similar to english.

I think this is one of those topics that would benefit from all the usages (or as many common ones as possible) being shown together. I personally feel that this topic is confusing because it is often taught from 5 different angles and normally not at the same time. I would put this down to the fact that it is easier to approach the most common and/or intuitive (for English speakers) uses first. Honestly, this is one of those classic cases where any guide or textbook can’t just start from the go with the native understanding of grammar (and what exactly that means is a debate in itself) so you gotta kinda gloss over the nuances on the first pass.

I have long been a fan of the idea of a resource where you get the general gloss on the first pass, just enough to generally intuit the meaning in context (like Tae Kim or Cure Dolly attempts to do, although I don’t personally favour either of their “models”), followed by a more in depth and comprehensive explanation on a second pass once you are more advanced (and even a seriously deep linguistic discussion on a third pass). This is how most learners end up approaching things just by the accident of having to repeatedly look things up when their mental model doesn’t quite fit the context they are looking at but if it were in a single resource then it would save a lot of googling.

I personally feel that this topic is confusing because it is often taught from 5 different angles and normally not at the same time.

This is a constant frustration of language learning, though I fear there is not an optimum solution to this problem, just variations with tradeoffs.