I’ve been focusing on listening practice quite a bit over the past month or so while also preparing for the JLPT in December, and during the process I’ve been using a few YouTube channels that are useful for listening.

I’m sharing each channel I have used below with an explanation, along with a video or two that I recommend to get an idea of what the channel offers.

During active practice, if I’m having trouble understanding the video, I usually follow these steps which were recommended to me by my italki conversation partner to improve listening ability:

If the speech is too fast, I’ll usually drop the playback speed to 0.75x until I’m confident enough with the video to move it back to full speed.

For passive listening practice (e.g. listening while working), I’ll typically set the video to loop and put it on 0.75x speed and listen to the same video consistently for an hour or two trying to pick up as much as I can.

Onomappu - Hitoki’s channel is focused on explanation of various onomatopoeia in Japanese and exposure to everyday spoken Japanese. He speaks entirely Japanese in his videos, and his Japanese is very clear and easy to understand. Most of the videos have subtitles for 10+ different languages as well. This has recently been my go-to channel for listening practice.

Miku Real Japanese - Miku’s channel focuses heavily on Japanese Grammar, but she has many different videos that are great for listening practice where she either talks with a friend or speaks directly to the camera.

Learn Japanese with Tanaka san - This channel has cartoon-based YouTube videos targeted at learners, and has many different videos that target listening, grammar, slang, and various other Japanese topics. The “Tanaka Radio” videos on this channel are excellent for listening practice.

もしもしゆうすけ - This YouTube channel has two main series. For the first one, he walks around Japan and talks about certain topics in Japanese. The other includes normal Japanese conversation with another person. Both formats have subtitles for all Japanese (and usually translations as well).

あかね的日本語教室 (Akane’s Japanese Classroom) - This channel is mostly Vlog based where Akane walks around Japan and discusses various topics.

Comprehensible Japanese - This channel has videos for beginners to intermediate learners. The format is usually a story or discussion entirely in Japanese and each video is labeled between Complete Beginner, Beginner, or Intermediate.

Japanese Ammo with Misa - I’m sure most people are familiar with Misa’s channel, it has an absolute wealth of information about grammar with lots of examples. She has quite a few videos on her channel that focus solely on listening as well.

YUYUの日本語Podcast - This channel is mostly lengthy podcast format episodes about various topics. Some episodes include guests where the two speakers interact throughout the episode.

Nobita from Japan - Nobita has a documentary-style channel where he usually speaks about a social topic in Japan and interviews Japanese people. The videos mostly have both English and Japanese subtitles. He does often speak English during parts of the videos, but for the most part the main parts of the videos are in Japanese. Some of the topics on his channel might not be suitable for younger audiences.

Daily Japanese with Naoko - Naoko’s channel has various video formats with topics about vocabulary, slang, food, and vlogging all in Japanese. The channel is relatively new so there aren’t many videos yet, but she posts fairly frequently, a few times a month. There are not usually English subtitles on her videos.

三本塾 -Sambon Juku- - This channel has two people, Akkie and Ayano, and they have various types of videos including some podcast-style discussions as well as grammar point explanations. The “Sambon Radio” videos are usually fairly long with one of the two talking the entire time and are especially good for listening. One downside is there are typically no Japanese or English subtitles.

Also, if you’re looking for some channels that are targeted at native speakers instead of learners, here are some suggestions, although these can be fairly difficult and might not include Japanese or English subtitles:

That pretty much sums it up for now. I hope this list helps someone that is looking for videos in Japanese to improve listening skills. If I find any more channels that are useful I will update this post.

I would love to hear other recommendations, so please feel free to post any that you might have as well!

Want to second the recommendations for Yuki’s Comprehensible Japanese and Yuyu’s podcast and Misa’s Japanese Ammo.

I love that Yuki splits her videos into categories by difficulty. Makes it really easy to test the waters with something more difficult and see where you’re at. I personally like her folk tale videos, but all of them are quite good. She also speaks quite clearly and leaves pauses so it’s easier to follow, plus she sets up YT’s subtitles for each of her videos.

Yuyu’s podcast is also quite good, if for different reasons. He does a medium length podcast where he has topics he wants to cover, but it’s not scripted so you see him speaking more freely and uses filler words, which adds a level of complexity. He also speaks faster and is overall more difficult to understand, but I think that makes for valuable practice. He also livestreams which makes for longer, even more free-form videos.

Misa explains grammar in a very approachable manner and I love how she color-codes her sentences to match the translations. It’s saved me a lot of confusion when I started out. She also gives plenty of details on how similar grammar points compare and lets you understand what the differences are.

I’d also like to leave my own recommendation which is Layla’s Bite size Japanese Podcast. Her content is shorter and more beginner friendly. She leaves a lot of pauses after particles which gives you plenty of time to process the meaning, which I appreciate a lot. She also adds yt subtitles which I find valuable.

I can also share a listening tip that I’ve found works for me quite well - I rewatch videos A LOT. On each listen I tend to pick out some new bit of information that I missed, and everything else just sinks in that much better. How may times I’ll rewatch varies, but once I get bored I move on to the next video. I’d say that’s the one thing that’s helped my comprehension the most.

I often just look at what’s trending on YouTube in Japan. It’s a great way to learn about things that I’d never have encountered on my own!

I also have to recommend Japanese With Noriko. She really knows her stuff and listening to her podcast really boosted my listening ability (and confidence). Plus her episodes are really short as well! I think she went Patreon-only for new episodes, but the ones on Spotify start around March 2020 and they’re great!

Wow. You really put a lot of effort into your post and it shows.

I can’t wait to dig into your post and the other suggestions that followed! Listening comprehension is definitely my weakest area so far.

I would love to hear other recommendations, so please feel free to post any that you might have as well!

I realize Vtuber recommendations might be pretty niche, but since you mentioned Okayu… I found that a good way to get easier-level Vtuber Japanese is that to watch collaborations between Japanese-speaking HololiveEN members and HololiveJP. Often, the English member will repeat things in English (for their audience), and their Japanese partner usually speaks a bit slower and uses easier vocabulary. For example, some of my favourites were:

Chiming in because I found this JUST yesterday, but there’s a podcast about random urban legends, scary stories and other weird things called オカルト研究所. I LOVE this sort of stuff so I’ve been finding it super fun to listen to!

Only thing I’ll add is for people to install the Language Reactor add-on! Really helps out when doing listening practice on youtube or netflix, especially at the start of their journey.

Keep it coming everyone!

Only thing I’ll add is for people to install the Language Reactor add-on! Really helps out when doing listening practice, especially at the start of their journey.

Maybe my favorite study method: I’ll use Language Reactor to dump text from a Netflix episode, then copy-paste that text into the text parser on japanese.io. It’s been a great way to mine vocabulary words and prepare to get more out of a viewing!

EDIT: One small thing… If you watch Japanese Netflix (via VPN or actually living there), I recommend watching both with and without subtitles. If you over-rely on subtitles, you might think you’re doing listening practice but you’re actually doing reading practice.

Did you mean Riku? Which link was that sorry…

Oops, I indeed meant to write Miku! I particularly like this video, I think it’s a good starting point to listening exposure and also it’s a pleasant watch. Would rather watch people talk vs. listen to a podcast, if I can help it haha. 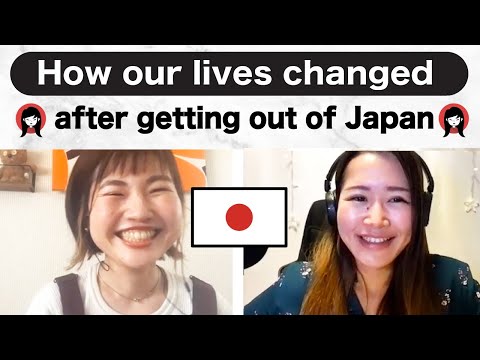