Pretty fast turnaround on that one 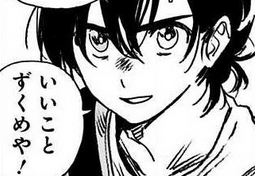 I’d say is just all according to

I swear, as soon as you learn something it just pops up everywhere. ずくめ is going to haunt you relentlessly for the rest of your natural life now.

This always happens. Which is why it’s funny to me when people say N1 vocabulary and grammar is not worth learning because it is rarely ever used or seen.

Absolutely. I haven’t used bunpro for over two years and in that time they’ve added at least a hundred new N1 grammar points, but I was able to mark more than half of them as known when I came back because I’ve run into them on so many occasions.

This happens to me all the time xD I learn something on Bunpro, and BAM there it is

Which is why it’s funny to me when people say N1 vocabulary and grammar is not worth learning because it is rarely ever used or seen.

I think it’s just that N1 covers mostly older or more formal things that aren’t used normally in daily life, not that they’re never used and thus shouldn’t be learned. (I don’t think I’ve ever seen someone say N1 isn’t worth learning.

) If people have asked me, I’d just say to not stress about it as much, as up to N2 is what you’ll see most, and should drill to understand them more. N1 is like those last few kanji. It definitely helps, but not nearly as much as those first two thousand.