I’m just sat in McDonald’s and it got me thinking about this grammar point, because I don’t think it has its own individual lesson on BP.
いらっしゃいませ
少々お待ちくださいませ
またお越しくださいませ
The meanings are pretty simple to understand, but what grammar would this be? Is it like a super polite imperative form or something?

Good one! Yeah, I also heard that this is “super polite imperative form” but I’d like to hear an official explanation.

I would also extremely appreciate a formal grammar point on this.

Just like you said, ませ is the imperative of 「ます」expressing politeness. It has higher level of respect then ください.
You can omit the ませ part to make it a bit less respectful and more casual.

PS
The rule of thumb, the longer the more respectful!

PS2
いらっしゃい (literally, “Come!” or “Please, come!”) is believed to be used to call out passerby to come to shops, and through repeated usage it became the widely used greeting.

いらっしゃい (literally, “Come!” or “Please, come!”) is believed to be used to call out passerby to come to shops, and through repeated usage it became the widely used greeting.

@matt_in_mito
ください is also imperative (ください).
If we think about it, the imperative is used when we want someone to “request” or “urge” someone to do something. If we add politeness, then nuance moves more to the “request” side.

It is very similar to English, if we think about it.
Eat it! → + “please” and slight change of tone → Please, eat.
And nuance changes quite a bit.

The reason I couldn’t get my head round an imperative being used in a customer-focussed environment is that if we take 〜なさい or 〜しろ, these would still be considered rude.
Case in point, if I go to my friend’s restaurant, he obviously uses casual speech because he’s my friend, but また来なさい or また来いよ would sound really unnatural in that environment, the latter actually sounding pretty rude. He would generally say something like また来てね, which IS actually a request rather than a command, and my image of the imperative form (until today!) was that it is a command. Therefore, commanding a customer to come again would seem rude.

And literally as I was typing that I saw Apu from the Simpsons in my head. He uses the imperative form in English when he says ‘thank you, come again.’ and he comes across very polite.
Wow, that was like a moment of realisation

Another interesting fact, ようこそ comes from 良い - well/good.
A bit like in English (Welcome) www

Yeah that’s definitely true, there are so many examples of that, including many swear words haha.

It’s weird how a language so disconnected from English has so many similarities (ahem 一石二鳥).

From a bit of googling around, that particular idiom seems to be loaned from English (and is itself supposedly a reference to greek mythology, specifically the story of Icarus)

I’ve heard of coming from Greece before, it has to do with the Silk Road that ran from China to Greece (I think!) and then many of those words/idioms we use now were imported from the Chinese language.

I don’t know where it is, but I would link to it if I could find it. A lonnggggg time ago, I answered someone’s post about the difference between けど and のに. In that post I said that I felt like the け sounds (and pretty much all sounds ending with -え) remove ownership from statements. I believe ませ is similar to this. What I mean by remove ownership, is that it takes the 主語 out of the statement, and makes the statement take on it’s own life, not really being about anyone at all.

The reason this comes across as being polite (very), is because assuming anybody’s thoughts apart from your own in Japanese is quite rude. This mindset even extends into actions!

So while いらっしゃい could be thought to mean ‘oh great!, you’re here!’ To a Japanese person, they could be thinking ‘Whoa chill out, I only came to grab my sister, she’s in the back of the store’.

But because ませ removes the statements ‘target’, we get いらっしゃいませ, which ends up sounding more like ‘oh great! there’s a presence here’. Removing the nuance of ‘you’, thus making the customer less likely to feel pressured into purchasing something etc.

— This is only a speculation based on my opinion, not a fact —

Thanks for answering the original question!

It made me wonder about the honorific form: いらっしゃい(ませ): Is this connected to いっらしゃる? If so, how did the one turn into the other? Because it doesn’t quite look like the stem

@Mapletree
It is the stem of いらっしゃる, it evolved from いらっしゃり to いらっしゃい because it was easier to pronounce that way.
Think of it as an exception.
いらっしゃる→いらっしゃいます
いらっしゃった→いらっしゃいました

This is common phenomenon in linguistics.

For example, in English k in knife and knight wasn’t originally silent and was pronounced.

Why aren’t other verbs still used like this? Can you say 召し上がりませ?
Is this something else that got lost to history? Did even Japanese people get fed up with all the politeness levels?

Thinking about it, I think I’ve heard 〜なさいませ in some context. Maybe?

Definitely come across なさいませ from servant type characters here and there. And if you look up images for なさいませ you get various maid themed content(some pornographic) so it’s possible the relationships in which なさいませ would have made sense are less common as maids and servants and the like are less common. 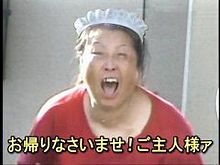 @mrnoone can I add one more thing to this?

There’s an elderly lady I drop off after church on Sundays and she just said おやすみなさい to me. When she said it, this thread popped back into my head. If ませ is super polite despite it being an imperative form, then why do you never hear people using the polite imperative form of なさい in shops? Linguistically, surely that would be politer:
いっらしゃいなさい
少々お待ちくださりなさい

Why don’t these things exist?

If you put this back into regular speech, it would be the same as trying to say いします a combination of いる and する (ungramattical). Fundamentally the words have different meanings. ‘To be’ and ‘to do’.

This is true I didn’t think of it like that - thanks!