Website or app to train my sentence building skills?

Is there a website or app (paid or free) where you can train your sentence building? For example, they give you a English sentence, you translate it to Japanese and then they show the answer. Of course there are many different ways to say the same thing so it would be pretty cool if they had multiple answers.

Not quite what you’re asking for, but there’s the site ‘Clozemaster’.
https://www.clozemaster.com/l/jpn-eng
It gives you a Japanese sentence with a word missing and the English translation and you have to fill in the blank either with multiple choice or text input.

Edit: Now that I think about it you can actually do this (kind of) without the need of any specialized website. Find a show with English subs, mute it, and then look at the subs and try and figure out what the person is going to say in Japanese. I think this is probably as close as you’re gonna get to something like this, but once again this is just practicing how to translate rather than ‘sentence building’.

Have to agree with Josh on this one… You’d probably need a private tutor or native that you can interact with to improve output. A website can’t really substitute for this.

I don’t think anything like this exists. I think the closest to it are some kind of journaling/writing apps that give you “tasks” or ideas for writing something but you won’t have anyone to correct you.
There is https://journaly.com
It is a website designed for improving your writing skills through journaling in another language and has really great correction features imho. By now there are also more japanese learners and natives using the site so the chances are higher that you get corrected. Compared to the english, german and spanish community it’s still relatively small though.

Or you could write sentences yourself and use https://bunpo-check.com
I don’t know how reliable the grammar check is though. And it doesn’t give you corrections (at least it didn’t when I used it the last time).

There are some techers on italki.com that offer “homework correction” or similar as a lesson type.
If you’re shy about talking face to face I could imagine that some of those could be done text only (eg. a shared google doc where they can add corrections and notes). That way you also wouldn’t have to worry about being in time for a lesson at a specific time.

I agree that translating English → Japanese can work at the start, as well as automating answers while grammar is still simple. At that level you can probably also take any textbook and find some sentence construction exercises with given answers. But we all know the synonym hell that Bunpro can be, and that’s with most of the sentence already being given

So yeah, best to ask a real human. They’ll also be able to give feedback on the nuances that a computer wouldn’t catch.

This website has you translate example sentences from Genki, categorized by grammar point. It’s good for some practice.

I think you’re looking for something like this, https://www.thegreattranslationgame.com/ downside is that it’s done via machine translations and some community input.
I use it for Portuguese but Japanese is avaliable.
Basically it gives you the english sentence and you can’t advance until you translate the sentence correctly.

There is this Kitsun deck for 6000 sentences and you can type input from the English translation to Japanese too. The layouts also include Audio-> JP and JP->Eng. You can add your own personal translations as acceptable answers as well (add personal synonyms). I don’t use the deck (nor did I post it) but the audio is good quality it seems. The sentences are pretty straight forward so not so much room for interpretation anyways from what I see, looks like a helpful way to build vocab though. I also posted this deck which are based around useful phrases and designed for speech to text to improve pronunciation, practice shadowing and speaking output (but could be used for typing as well) that also has a Eng-> Jp layout.

Or you could write sentences yourself and use https://bunpo-check.com
I don’t know how reliable the grammar check is though. And it doesn’t give you corrections (at least it didn’t when I used it the last time).

I use this as a sanity check sometimes and I find it helpful. I’ve also found that Microsoft Word in Japanese does something very similar and does offer suggestions for corrections or auto-correct, but you have to be careful that it’s what you want to say, haha.

Surprised that no one has mentioned it. Love BunPro for grammar but iKnow is easily the best all-around site for learning Japanese.

They have a widget called “Sentence trainer” that is exactly what you want. 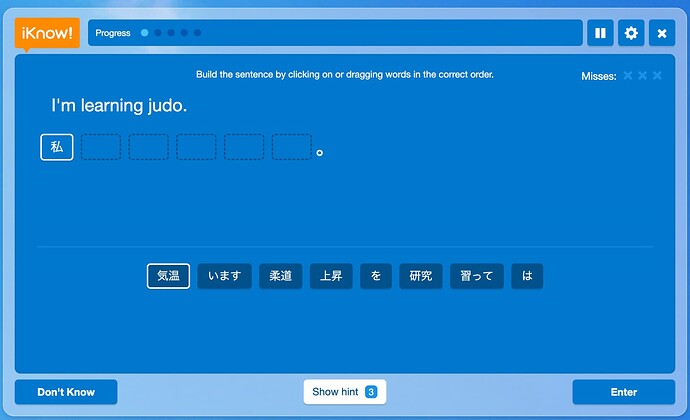 this iknow is paid, right?

Looks like it. I’m on their lifetime plan, but it seems it’s either monthly or yearly only now. 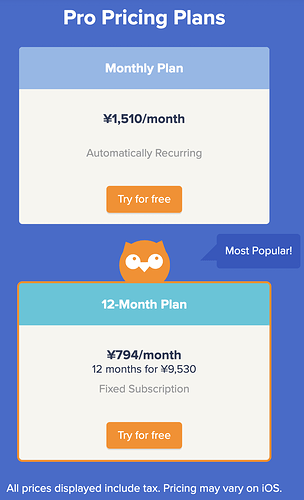 Thanks everyone for the answers, it took a while for me to look at them because I was busy but I will check all of them out.

Uhh does it have a non yen required payment method? Just wondernig

Looks like you (typically) pay for it via Paypal, which should convert it into your currency. The only prices I can find on the site are in yen, but I’m currently in Japan on a Japanese laptop, so your mileage may vary.

I haven’t used it myself, but it looks pretty useful!