When to start learning dialects?

I’ll try not to be too long winded, I’m really just fishing for opinions. I’m currently living in Kyoto and it appears I will be living here for quite some time. I’m having fun studying Japanese but I’m running swiftly into an issue where I can’t understand my coworkers at all. I seemingly can understand them OK when they speak a little slower and use more “standard Japanese” so it spurred me to get started with the Kansai-ben thingy that Bunpro released (thanks a whole bunch btw, there doesn’t seem to be many learning resources out there. Love y’all)

I really, really suck at it? Like I can’t seem to get it right. Currently I’m rating myself sort of inbetween N4 and N3, so it’s not like I’m great at Japanese in general, and I’m thinking that might be the issue?

Anyway I did that longwinded thing, I’ll just get to my question, when do y’all feel it’s time to try and pick up on a dialect? My brain is like, “well, now” because I live here, but…

Thanks in advance, love y’all bunches, having a lot of fun here.

Anyway I did that longwinded thing, I’ll just get to my question, when do y’all feel it’s time to try and pick up on a dialect? My brain is like, “well, now” because I live here, but…

I would say your brain is right. As for resources, there is this on Amazon JP which may be a good starting point since it is in English. It is not something I have used before though.

If you’re already living there, I would imagine the easiest way would to be find a local tutor or somebody that is willing to help you along. I don’t know what they’re called specifically but maybe you can try local community centres or the services office. They may have volunteers that help foreigners with Japanese.

I’m no expert but I would think that the time to start was yesterday. No better way to pick up speech than by living in it.

I live way up north in Aomori Prefecture and in my region the local dialect is called Tsugaru-ben. It’s infamous for being unintelligible to pretty much anyone outside of the regions and towns it’s spoken in. I have young Japanese friends in Aomori City, which is just outside the radius of where it’s widely spoken, and they hardly know it.

All of that to say, I’ve found, for me at least, it’s more important to build up my overall understand of Japanese and my vocabulary and grammar. As I have done that, I’ve been able to pick up more of the dialect because I might see what words they replace, and where they change their speech, etc. Without the knowledge of basic Japanese, though, I feel like I’d just be lost. I’ve never specifically studied it though and I’m not sure I plan to.

I think through exposure, you’ll learn a lot, but it just might take time. There’s definitely more resources out there for Kansai ben than there is for something like Tsugaru ben so I don’t think it’d hurt to study a bit, but maybe don’t push past your level just for the sake of the dialect if that makes sense.

Dialects are a pain in the butt, there’s no real way around it. I was going to recommend the kansaiben deck but it seems like you’ve already begun to start working around it, which is a great first step! When I initially moved to Kansai/Japan I added a couple of the first main super common points in the deck, and then after that if I was comfortable in my review pace I would add one or two every now and again if I heard them out in the wild.

I think whatever resource you use is going to pay dividends in getting you exposure to certain things so that as you practice and hear/see these things, you’re able to make that slight connection in your brain that you’ve previously learned it. I guess all i’d say is just keep a nice and slow pace, add things when you hear them, and it probably wouldn’t hurt to take a weekly lesson on italki with someone who can do kansaiben lessons. These are pretty darn common and (for the most part) are affordable.

A lesson alongside doing some written practice yourself I think is going to pay dividends. When I learned a bit of Shanghainese dialect many moons ago I would take individual chunks and then just make a bunch of sentences that had those things in it. Repeat this over and over throughout the week, and you’ll be ready to go in the real world. Kind of like your post, this is an extremely vague and longwinded answer but I think that’s just the nature of these things unfortunately. Although this question has made me more motivated to learn a new kansaiben point today

Hopefully down the line you’ll update us all on your progress!

Aww. You guys are so nice, thank you for the opinions and words of advice. I think I’ll keep on trucking, just slowly and without sacrificing my overall studying/understanding. I’ll see about keeping everyone posted.

I do have a question too, in case anyone here happens to know. So Kyoto-ben is kinda like a subset of Kansai-ben right? How different would y’all say it is? Does it and, say, the kansai grammar/vocab deck have markable differences? TIA again

I can only speak from a Germanic background, but…
I’m from German-speaking Switzerland, an area that is notorious for speaking many, many dialects (like, we can tell what village someone is from based on their dialect).
None of those dialects are intelligible to people who have learned standard German (some dialects are hard to understand for other Swiss speakers)…
I speak two distinct dialects, and live with people who are studying or have studied standard German.

My advice with that background is
I would focus on the standard language in your studies. When you hear a colloquial term or local pronunciation you don’t understand, ask what it means (or look it up if you see a word somewhere, for instance).
I can’t speak for Japanese people, but personally, ~not once~ has it bothered me to slow down or translate to standard speech for someone who is putting in the effort to learn my language.
In fact, I’ve found that people tend to start to recognise patterns in the differences (I notice the same when I ask about English colloquial/dialect words).

Maybe make a note of the dialect word/pronunciation somewhere, but try to connect it to the “standard” Japanese word/concept/pronunciation you’ve learned.
If your study system allows, you can also add synonyms or notes. You can also definitely augment standard Japanese with, say, the Kansaiben deck here, but I would not make it your main focus.

In my experience, some German-learners/speakers will end up adding a bit of dialect to their vocab/pronunciation, but pretty much all of them will understand dialect pretty will after a while.
I also know that I understand a lot of slang/dialect of Canadian English (and some Aussie), even though I may choose not to use it.

I hope this is helpful despite not being entirely on topic.

Thanks so much for your perspective! Very helpful :>
I do need to get into the habit of asking questions. I’m not sure why it makes me nervous. ha

This is kinda off topic, but your post reminded me of this funny video on the English language. Maybe NSFW 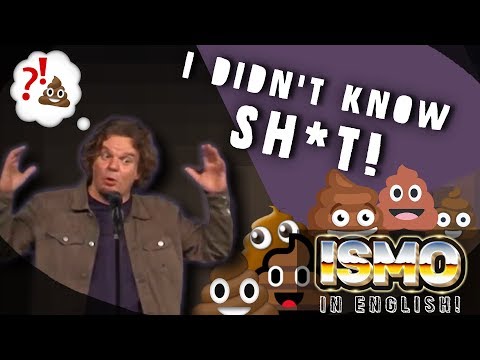