English translation:
For that reason
because of that 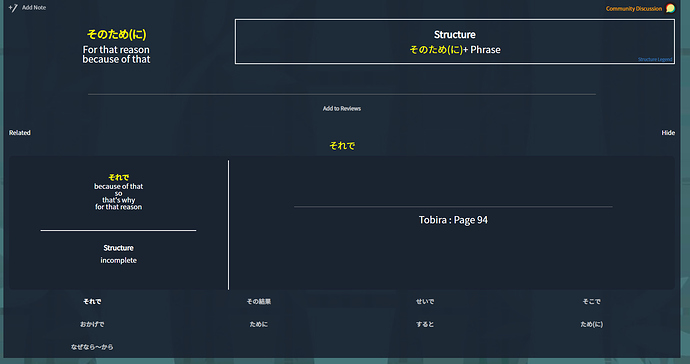 The “それで” related grammar seems to be having some trouble here.

Could anyone explain the difference?

だから is the default, it doesn’t have restrictions.

それで is very similar to だから、but it expresses reason/cause relation weaker than だから.
In addition to that それで is rarely used (but some people do it and do not consider it as an error!) when asking for permission, requesting something or giving orders.

そこで expresses some action taken to solve some issue. In other words, it is only used when expressing the reason for some action.
Like それで it is rarely used when asking for permission, requesting something or giving orders.
Not to mention it has another meaning - “then”.

そのため is a more formal expression, similar to だから. It expresses negative cause for something very often (but it is not a rule, it can work for neutral or positive ones too).

Well, that is basically all.

This helps clear it up - thank you for the detailed explanation.

Here are some english equivalents that will clear it up.
それで= ‘And with that’ - I did this.
そのために= ‘And to that end’ - I did this.

Pretty much the same in formality too.

レポートの提出期限が迫っています。そのためしばらくは遊べません。
Why is the に not needed here?