English translate:
I heard
was said・like I said
as for・because
even though

Explanation:
[Used to state reason when positioned at the beginning of a sentence. If it is at the end of a sentence it expresses hearsay (だ + quotation particle って). Can be used as “also/even” when follows a noun (contraction of でも) or even if.]

I see the “feminine conjunction” hint here but the speaker is also using 僕.

Can you elaborate a bit about the rules of context here?

Hey and sorry for the extremely late answer!

It’s more like naive/childish phrasing, especially when used at the beginning of the sentence, meaning “but”/“because”. That’s why it is often used by women and children.

But both (actually 3 uses, though だって “but”/“because” is rarely used by men) are used by all, men, women and children in informal conversations with people they know.

Though ですって is sometimes used when speaking politely with people (by mostly women) of the same rank or lower. In other cases だそうです is safer.

By the way, the speaker might have tried to act cute, for example, some men use “おれ” on daily basis, but change pronoun to “ぼく” when talking with elder siblings, parents, etc.

PS
I will add note about this.

PS2
It is rarely used when speaking about oneself, so I will change the sentence.

(Someone can understand it as “He said “I am innocent””)

I’ve got a question re: one of the example sentences:

アイスクリームだって薬になる。食べ過ぎなければ。
Even ice cream, it can do you good. That is, if you don’t eat too much.

Specifically, 食べ過ぎなければ。Where is the negation coming from, “if you don’t eat too much”? I was under the impression that shortening なければいけない/なければならない didn’t change the meaning, it was just shortened. If so, why doesn’t that sentence read something like “You must eat too much.”?

(This isn’t really related to だって, sorry, even though the sentence is from that page…)

Xなければ is negative ば form (negative conditional), meaning “if (someone does) not (do) X then”.
It is used in Xなければいけない（ならない、etc), the “must” construction, but if we were to translate it a bit more literally, it means "if not X then it will be not good (いけない - “not good” in this case).

So なければ can be either contraction of the must construction, or simple negative ば form itself. It all depends on the context.

In this case, we don’t have any context so we have to use common sense:

Even ice cream can do you good. That is if you eat too much.

doesn’t make much of sense, so alternative:

Even ice cream can do you good. That is if you don’t eat too much.

is the correct translation.

I hope it helps,
Cheers

Thanks for the explanation! I forget to break Xなければいけない down; it’s too easy to fall into the trap of just seeing it as one glob. o.o;

I think this grammar point could be segmented a bit more; I’m having a bit of trouble with distinguishing the “i heard” and the “even though” definitions.

think this grammar point could be segmented a bit more

I agree! We will split it as soon as possible.
For now, I think you can use the following tips:

if だって follows a noun (but not a noun at the end of a sentence) then it means even.

if だって is used at the end of a sentence, then it expresses hearsay, “I
heard…”

If だって is at the beginning of a sentence, then it means “because”.

I hope it helps (for now!)
and thank you for the great feedback,

I think I encounter another usecase of だって in the wild:

I think it means “Teachers (without exception) would not lie.”

Would this not be more along the lines of “Teachers, like, don’t lie!” ?

This is the context:

I think that could work as literal translation (which is good when we want to analyze the source language). It’s surrounded by plain forms so the informal register doesn’t seem off.

Is it not being used in the the sense of also, too or as well? For example one of the sentences Jisho offers is “女性だってエッチしたい” translated as “Women want to have sex too.”. So when they say "確かに数値はうそをつかない。先生だってうそは言わないだろう"are they not saying that the numbers don’t lie and the teacher also doesn’t?

That だって in the jisho sentence means even which is covered by bunpro.
(Even) women wants sex, too.

女性だってエッチしたい translates pretty well to “women want to have sex too”, but there is no distinction in this English translation for 女性だって and 女性も. That’s why I suggested ‘like’.

Yeh of course I don’t just eat crap. I, like, eat fruit and stuff!
当たり前におやつしか食わないわけないよ。俺だって果物などは食うよ

I check the goo.ne dictionary again and “likeness” and “without exception” are listed under the same numbered point so you do have a solid point there. I think that the word “even” in English do share that [similarity] semantic feature with the other meanings after all.

「月に＿だって＿行けるかもしれない。」
You can probably even go to the moon.

Should there be a に here or am I missing something? 月に isn’t a noun, is it?
Can だって be put after anything to mean “even”, not just nouns?

Should there be a に here

月 is a noun. When だって is used as “even” it is a binding particle. I don’t know if this is an actual rule, but it seems to be true that you can use any binding particle after the に particle. eg. には, にも, にでも, にこそ, にしか, and にさえ are all valid combinations to use.

Can だって be put after anything to mean “even”, not just nouns?

When it means “even if” (as a conjunctive particles which is different than be used as “even” being a binding particle) it comes from たって which can be used with verbs. たって can become だって when following a gx / nx / bx / mx sound.

月 is a noun. When だって is used as “even” it is a binding particle. I don’t know if this is an actual rule, but it seems to be true that you can use any binding particle after the に particle. eg. には, にも, にでも, にこそ, にしか, にさえ, and にすら are all valid combinations to use.

Ahh, okay. I knew there were particle combinations involving に but didn’t know that にでも/にだって were valid combinations; something in my brain was telling me にも was good enough for some reason. 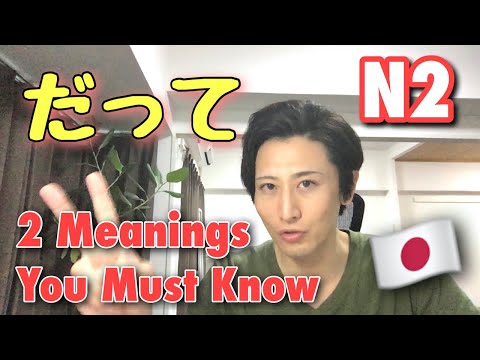 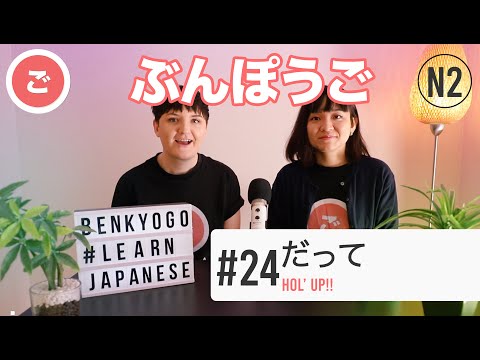