A new thread for a new month of grammar in the wild! Let’s kick it off with one of the most famous lines in manga history! 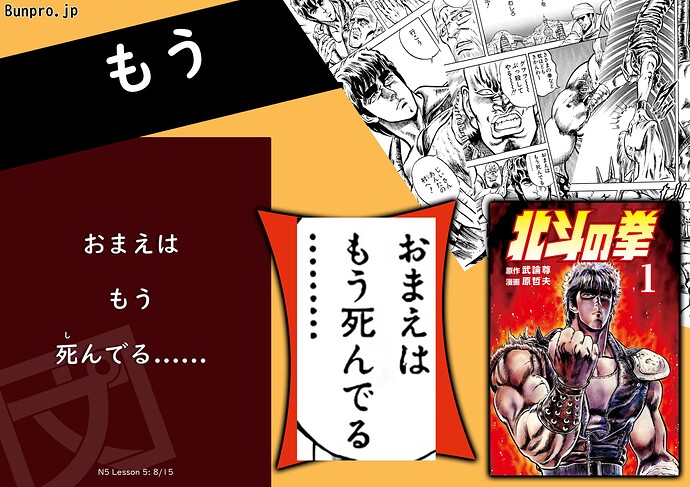 Not gonna lie, I laughed so damn hard

NANI?!
I feel like I’m cheating because I know this one thanks to the meme but…

In the context of the scene, they guy who says this has hit the other guy so hard and fast that he’s already dead and hasn’t realized it yet - he dies a second later just in time to say the infamous “WHAT?!” that became part of the meme.
So, all those scene in anime or movies where cool character hits/slices a dude and they fall down with a delayed effect? This guy did it first!

It reminds me of the navy seal copy pasta (the “Japanese” version is even better).

(Sorry for omae-ing you all but gotta do what I gotta do for the memes, or something.)

Well I’m glad it went down well, and sorry for the disruption. Might try another one of these next time… but it probably won’t be as funny of I do it again.
@distantflower Try it in a thick Lancashire accent - preferably Chorley/Wigan. Even Manchester!

Yes this is a simple translation, but all you learners should be proud that you can identify each part of the sentence! We’ve all come a long ways!! 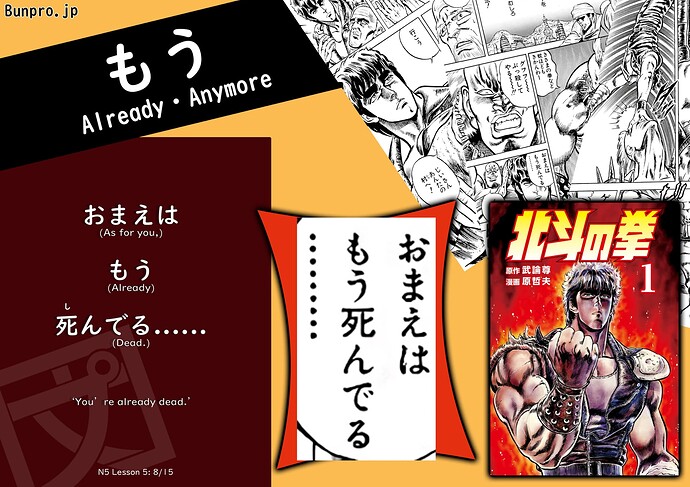 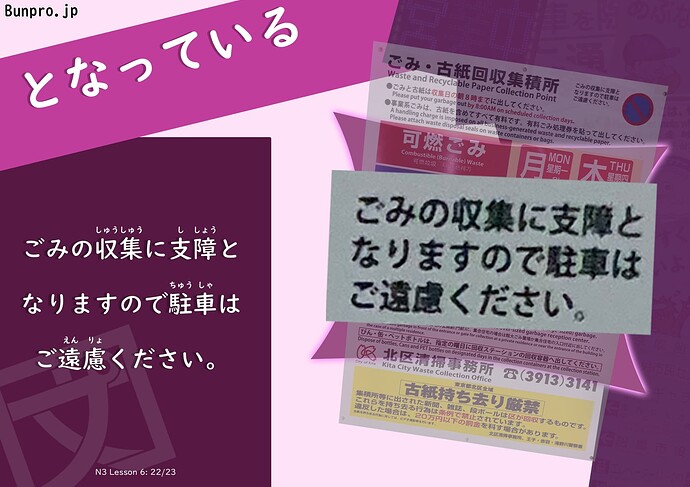 Notes :
Another bit of fine print for this one with the original sign in the background. While this does not have the same exact structure as the grammar point in question, it is still the same grammar point. Try to think about the verb tense, and what it could mean in this case.

I am beyond stumped on に支障となりますので.

Can’t wait to see others’ guesses